This is a pretty cool bmx video. Have a look.
Posted by Tim at 2:50 AM No comments:

I'm a big fan of creche in church. But it has many minor teething problems. For instance if a baby is asleep and then starts crying- what happens? If the mum is there full time then there isn't much point-better to have a soundproof room. Or does the creche person leave the kids and go get the mum?
I saw a clever solution used at my brother's church in the netherlands (attendance of 800 or so). They have a Baby sleep room next to creche area and every child/parent is assigned a number. When the baby starts crying the number is flashed in the bottom corner of the big screen and mum or dad knows to come collect/soothe/feed the baby. Simple little trick that helps parents get more out of the sermon/service.
What little tricks does your church use?
Posted by Tim at 12:48 AM No comments:

How great is our God- World edition

I'm a sucker for songs i know sung in other people's languages. I love when a show like Les Mis has a anniversary special and they get Jean Valjeans from all over the world to sing a verse from all their languages. I love hearing church songs in other languages. It is a great reminder of how Christianity isn't just my language or country/ethnic group.

This song is one of my favourites. And to hear it sung with Chris Tomlin AND people from all around the world: I find it revitalizes me. It encourages me. And gives that great people of every nation, every tongue worshiping God.
WARNING: Presbyterians there is much hand raising and repeating that happens :-)
Posted by Tim at 12:34 AM No comments:

Found a fascinating article on Facebook. It is about Veggie tales creator Phil Vischer from 2011. He says some fascinating things about the whole Christian morality that we teach children. So often without having Jesus/Christianity Centrally in the story.

I looked back at the previous 10 years and realized I had spent 10 years trying to convince kids to behave Christianly without actually teaching them Christianity. And that was a pretty serious conviction. You can say, ‘Hey kids, be more forgiving because the Bible says so,’ or, ‘Hey kids, be more kind because the Bible says so!’ But that isn’t Christianity, it’s morality. American Christian[s]… are drinking a cocktail that’s a mix of the Protestant work ethic, the American dream, and the gospel. And we’ve intertwined them so completely that we can’t tell them apart anymore.
Our gospel has become a gospel of following your dreams and being good so God will make all your dreams come true. It’s the Oprah god… We’ve completely taken this Disney notion of ‘when you wish upon a star, your dreams come true’ and melded that with faith and come up with something completely different.
There’s something wrong in a culture that preaches nothing is more sacred than your dream. I mean, we walk away from marriages to follow our dreams. We abandon children to follow our dreams. We hurt people in the name of our dreams, which as a Christian is just preposterous. ["It's Not About the Dream," WORLD magazine, Sep 24, 2011, 57-58]
Have a read here
I guess in my role as chaplain it is a massive trap which I have fallen into and am looking to find that balance. How about you. I'd love to hear about your traps and more importantly how you overcome them.
Posted by Tim at 9:43 PM No comments:

Final Countdown & Phantom of the Opera - orchestra version with Waldemar...

What is Your Role in Bible Translation? (Higher Definition)

Well I thought I had seen it all but I hadn't. Here are the bloopers from a fishing advertising guy. Gold. Now Aaran Johnstone how many of these have you done? ;-)
Posted by Tim at 4:23 AM 1 comment:

The Axis of Awesome: How to Write a Love Song 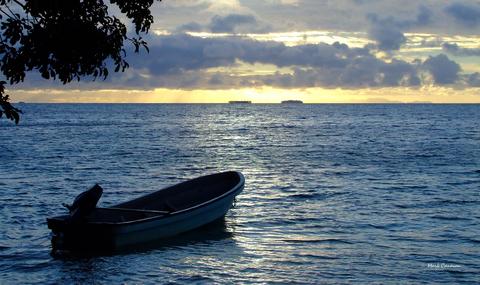 Tim
I am a Christian and care deeply for the welfare of Children. I work with Kids and am married to a Smoking Hot Woman. ;-) I live and serve in Townsville where I do far too little fishing

Blogs I read and other stuff

Quote of the day/week/month

We turn to God for help when our foundations are shaking only to learn that it is God shaking them.
Charles West

10 things that are on my mind this week